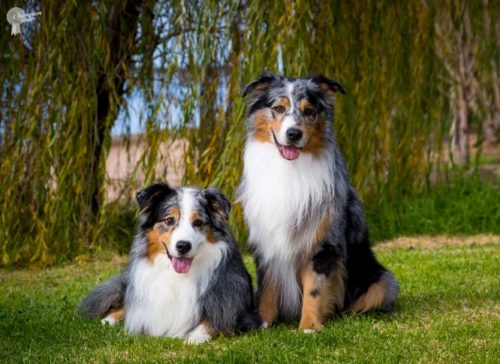 We are located in Nar Nar Goon, Victoria approximately 65km’s South East of Melbourne on small acreage.  We breed for soundness, fantastic temperaments, intelligence and good looks and complete all health testing that is available.
We are one of the most successful Show Kennels in Australia
We have produced –
9 x All Breeds Best In Show Winners
5 Supreme Champions / 3 Grand Champions / 20 Champions
3 Dual Champion / 9 Obedience / 8 Rally / 1 Tracking
10 Agility and 8 Herding
Ben & Ana Richardson
“ASCV Inc Approved Breeder”

Please take a look at some of our dogs. Feel free to contact us for any information, stud and puppy enquiries.
Please also visit the Australian Shepherd Club of Victoria Inc Webpage.
This is a very informative webpage about our beautiful breed and will help answer
all your questions about this wonderful breed.